Parshat Masei: "The Blood of the High Priest" 25 ביולי 2014 | Rav Yakov Nagen
We live in an age of spiritual awakening. Drawing on Talmudic, Kabbalistic and Chassidic sources, Rabbi Yakov Nagen explores the existential spiritual questions of our day through the lens of the weekly Torah portion, shining a new light on traditional sources with a refreshing optimism that is a joy to experience.

Murder is without question the ultimate form of evil. When confronted with cold blooded killing we are seized by fury and we expect to see justice done and the culprit punished as befits him. But when someone accidentally kills someone else, through no real fault of his own, sometimes instead of anger we are wont to feel empathy for the murderer as well as the victim, for we know that his life will never be the same. The empathy comes, often as not, from the knowledge that we, too, could have done such a thing; that without meaning to, we could, G-d forbid, harm someone else. Parshat Masei discusses the relationship to the accidental murderer, and opens a window for us to think about our responsibility for our actions, even our unintentional ones.

The approach toward the accidental murderer is complex, for if we were to judge him only by his motives, he had no evil intent at all, and he shouldn’t be defined as a bad person. On the other hand, the outcome of his action is terrible – he has spilled innocent blood, and as such the Torah calls him a murderer. Both of these points of view have an aspect of truth to them, and neither one has the power to cancel out the truth of the other.

The cities of refuge that our parsha discusses are meant to accommodate these two contrasting characteristics of the accidental murderer. Their goal is first and foremost to protect him from would-be revenge seekers of the victim’s family (Bamidbar 35:11-12). But we see that there is an additional purpose to the cities of refuge as well. The accidental murderer must remain in the city of refuge until the death of the High Priest (ibid 25), and if he leaves prior to that, the avengers are permitted to kill him (26-27). In addition, the murderer is forbidden from paying his way out of the city of refuge, “and you shall not take ransom from one that has fled to a city of refuge to return and dwell in the land, until the death of the priest” (Bamidbar 35:32).

What is the additional purpose of the cities of refuge? It would seem that the answer is simple: it is a punishment which is meant to atone for the sin, under the principle, “exile atones for all” (Sanhedrin 37a), but it isn’t so simple. The following verse states, “and do not pollute the land which you are in, for blood pollutes the land, and the land shall not be atoned for the blood shed within it, except by the blood of he that shed it.” Exile to the city of refuge is not alone sufficient to atone for the accidental murder, for only blood atones for blood. In order to erase the stain and become pure from so awful an act, there is the need for something of comparable weight, a type of measure-for-measure. In a spiritual sense as well, the accidental murderer knows that in order to be able to return to society, something significant must take place. As we will see, the exile to the city of refuge is not instead of internal processes of repentance and positive action, but in addition to them.

In the case of an intentional murderer, the blood of the murderer atones for the blood of his victim, for the Torah declares his punishment to be death. But if only blood can atone for blood, how can the accidental murderer achieve atonement? We don’t desire his death; on the contrary, the cities of refuge are established to protect his life! It seems that the answer is to be found in the length of time which he is required to remain in the city of refuge – until the death of the High Priest. The blood of the High Priest atones for the blood which the accidental murderer has shed. This principle, that the blood of one person could atone for another’s sin, is far from obvious, and needs some explanation.

In Motti Hammer’s song “One Human Tapestry,” Chava Alberstein sings “when I die, a part of me will die in you… because all of us, yes all of us, all of us are one human tapestry. And if one of us departs from among us, something dies within all of us.” When my life is connected to the life of the other, when I rejoice in his joy and ache in his pain, my identification with the other means that when he dies, something within me dies too. The essence of the High Priest’s role is to connect with everybody. The priest represents the community before Hashem, most notably during the atonement service on Yom Kippur. In order for the process to be meaningful, this identification with the other must be mutual – just as the priest must identify with the people whom he is representing, the community, for their part, must feel a deep and close connection to the priest. This was the relationship between Am Yisrael and the first High Priest, Aaron. The Torah records the extended crying of “all the house of Israel” when they learn of Aaron’s death (Bamidbar 20:29).

If the atonement of the accidental murderer will be achieved only with the death of the High Priest, why must the perpetrator remain in the city of refuge until then?

In order to explain this, it is helpful to make a comparison to the process of teshuvah on Yom Kippur.  On Yom Kippur, the High Priest represents the nation, and atones on its behalf for its sins, but the people must be participants in the process of atonement. The community participates on two levels – with their bodies and with their souls – and each one influences the other. Everyone fasts on Yom Kippur, but the fast is only worth something if it is accompanied by an internal process of repentance (Mishna Yoma 1:8-9). 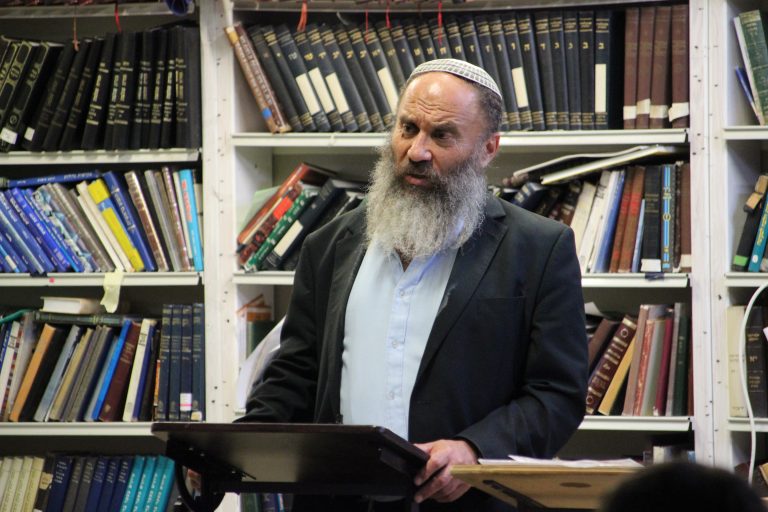